Sir John and Marie were sitting in the parlour. Sir John was reading The Times and Marie was crocheting.

“Marie,” said Sir John, “why do you do that by hand? Couldn’t you just magic it into something?”

Marie looked warmly at her husband. There had been many of these questions recently after he had discovered she was a witch, but she didn’t mind. Not too much anyway.

“No, mon cher,” said Marie, “I don’t think it works that way. Also, it wouldn’t give me any pleasure.” 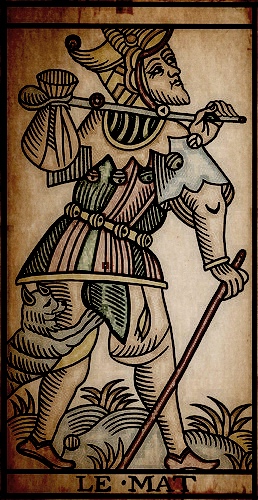 Suddenly there was a knock at the door and Miss Henderson, the maid, entered.

“Good evening,” she said. “There are some people at the door to see you. They wish to speak to you about a matter of some brevity.”

“Might that be a matter of some gravity?” he said.

“It may well be that, too,” said Mrs Henderson. “I did not ascertain that. Shall I show them in?”

Sir John indicated his assent and two men and a woman entered. They all looked rather grave. One of them, the eldest man, spoke first.

“Good evening Sir Jennings, Mrs Jennings,” he said. “We are representatives of an organisation that wishes to engage your specialist services to investigate a most terrible crime.”

“Sounds intriguing,” said Sir John, rubbing his hands in glee, “but please tell me who you are.”

“Our real names will not be divulged,” said the elder man, “but I am Frater Magnificus and this is Soror Beatitudinum and Frater Ipsum Lorem.”

The two other nodded, maintaining their dour expression.

“We represent the Fraternal Order of the Light Incarnate,” continued Frater Magnificus.

“I thought maybe it was a reference to the Fool tarot card,” said Sir John.

“Frater Lorem Ipsum is only a Parvulus grade,” said Frater Magnificus. “He is forbidden to know or hear of such things.”

“But you can buy them in the shops,” said Sir John.

“There has been a theft,” explained Frater Magnificus, “from a most famous building. A theft, sir, from the British Museum itself! A theft of profound import for all those who are interested in the spiritual arts. For the items stolen are the very tools and artefacts of Diarmiud Mac Dudh.”

“He was … an alchemist, wasn’t he?” said Sir John, “Elizabethan or thereabouts?”

“Indeed,” said Frater Magnificus, “a man of some knowledge and power.”

“Sir,” said Frater Magnificus, “what I tell you now I tell you in the strictest confidence. Frater Lorem Ipsum, you must leave the room now. And perhaps Mrs Jennings…”

“Stays,” says Sir John, “Believe me, she is invaluable.”

“Very well,” said Frater Magnificus, “then I must ask you if you have heard of an orgnanisation called Draco Virida? I imagine not, very few have. Like us they are a secret society. But unlike us, they seek not truth, but power. Power by any means. Indeed, power by the worst means. We have carried out a divination and we believe that it is they who are behind the theft, they that intend to use the artefacts to some terrible end. Sir John, we ask you and your wife to help us find the artefacts and stop whatever awful, evil crime these perverted, demented swine intend to commit.”

Miss Henderson, who had walked in a little earlier, gave a little cough.

“Would anyone care for tea and cake?” she said.

One thought on “The Auld Alchemist: Chapter 1”