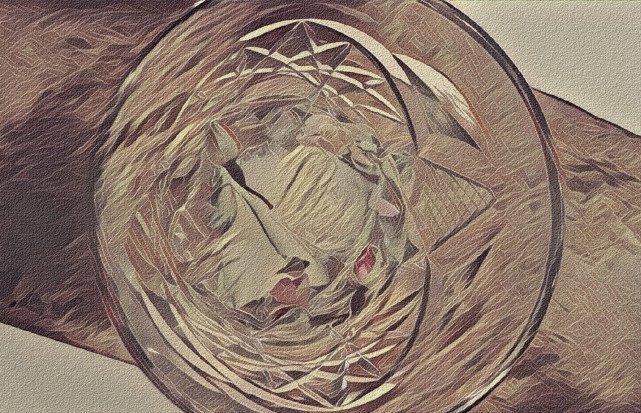 Gendarme Levaux had originally assumed he was suffering from concussion.  However, the latest turn of events had lead him to conclude he might, in fact, still be unconscious and simply dreaming.

He remembered that he had encountered a strange group of women and a dog, that he had attempted to coerce them to the police station and had received a blow to his head for his troubles. His next recollection was of waking up in what appeared to be a church to a lunatic god. He was tied up so couldn’t fully see the environs, but he did note that that Art Nouveau style that seemed to be colonizing Paris like an invading bloom had taken root here so fully it was impossible to tell what was building and what was plant.

The three women and the dog were there and had been joined by two small, pale gentlemen who seemed very peculiar to Gendarme Levaux in a way he could not quite define. A large and garishly dressed gentleman had joined this odd group. On seeing the gendarme tied to a chair, this gentleman had proceed to issue a prolonged and profoundly creative set of oaths that made Gendrame Levaux blush, let alone the ladies.

Levaux had put all of this strangeness down to concussion until the tall woman dressed like a maid had addressed the dog and the dog had spoken back. At this juncture, the gendarme realised he was in a kind of lucid dream, and wondered idly if that was a normal response to being punched violently in the head.

Levaux then became quite curious as to how imaginative his mind was. For example, from the little English he understood, it seemed like the tall violent lady was asking the dog to help with a recipe for a drink of some kind. The dog, humorously enough, seemed to be replying with instructions although Levaux gathered from the tone, the dog was not entirely happy to do so. Finally, the tall lady had approach the gendarme with a most unusual drink. She was apologizing over and over as she removed Levaux’s gag and the gendarme laughed and said that she wasn’t to worry as it was only a dream. The drink was being proffered to him when a middle-aged couple came into the room and everyone turned to look at them.

The couple’s arrival seemed to provoke a great deal of excitement amongst all these strange creatures and they all set about talking at once. Since there was some French spoken, the gendarme learnt that the middle-aged lady, called Marie, had visited a village and spoken to a mythical creature that had told her she had some powers over other mythical creatures. This seemed to be greeted with quite some excitement and the gendarme was for a moment forgotten until the middle-aged man, seemingly a surgeon, had seen the gendarme and made an exclamation in English.

There was more excitement and shouting and someone showed the strange concoction to the Marie lady. She had shaken her head vigorously and come over to Levaux. He noticed her eyes looked quite kind and wise as she leant down to him and said a single word: “Oublier”.