“Why are we here again?” said Lord Hollingbury as he and Sir John looked at the remains of the merry-go-round. It had indeed been destroyed and meticulously at that. The pieces had seemingly been removed, systematically broken and left in a pile. 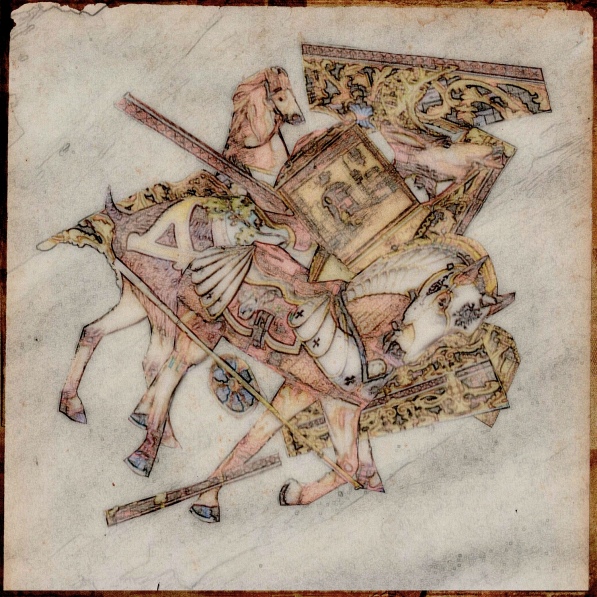 “Well it’s another mystery,” said Sir John. “It may be of importance.”

“Well I think the mystery of how an apparently dead man walked into a bar is slightly more pressing than, oh let me hazard a guess, a piece of sabotage by a rival. But do carry on.”

“You mean none of the other merry-go-rounds have been dismantled,” said Lord Hollingbury.

“I think this is the only one,” said Sir John.

“So mathematically speaking we can say this sort of thing happens 100% of the time,” said Lord Hollingbury. “That’s rather more than never. Let’s focus on the dead man, shall we. Where is Mrs Jennings this morning? I daresay she could conjure something to help us.”

“That’s rather vague,” said Lord Hollingbury, “so I’m going to infer you don’t want to tell me. And given that she mentioned the reverend last night, I’m going to assume that she went to find him. Further, she probably suggested it would be best if I wasn’t to come along in case either he or I spontaneously combusted.”

“Subterfuge is my metier,” said Lord Hollingbury. “You can’t outplay a grandmaster.”

“Look, there’s Wombly,” said Sir John, pointing further down the promenade to some men on a bench. Sir John and Lord Hollingbury started walking briskly toward the fisherman.

“Who’s that with him,” said Sir John as they approached.

“From the pictures I’ve seen I think they’re other missing fisherman. Maybe Mrs Jennings was right after all.” said Lord Hollingbury.

“She usually is,” said Sir John. The two men arrived at the bench.

“Hello Mr Wombly,” said Lord Hollingbury cheerily, “we wondered if we could ask you a couple of questions about where you’ve been this past week or so.”

“What, glad to be back on dry land or sitting on this bench?” asked Lord Hollingbury.

“Not terribly well,” said Lord Hollingbury, “only enough to know that everyone thought you died.”

“Look,” whispered Sir John, “all these men have paint on their hands. Paint the colour of the merry-go-round.”

“And the other chaps?” said Sir John. “Would they know?”

Sir John and Lord Hollingbury looked in confusion and mild horror at the man. After a pause he spoke again.

“You know,” said Lord Hollingbury to Sir John, keeping his eyes fixed on the fishermen on the bench, “I rather fancy a drink.”